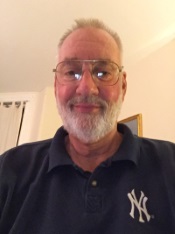 In the final two weeks before the elections Trump is on a tear, with apparently two rallies per day scheduled until November 6th.  At those rallies his followers are treated to a buffet of red meat: A caravan of future illegal immigrants from Honduras is being sponsored by the Democrats and George Soros.  Hiding in the caravan are Middle Eastern terrorists, most likely allied with ISIS, as well as members of the MS13 gang.  The Democrats want to establish socialism in the US and raise taxes to give all illegal immigrants a car, preferably a Rolls Royce.  Californians are rioting against sanctuary cities.  Throw in some personal attacks on Democrats like Hillary Clinton and Maxine Waters and tirades against the fake news media, and you have a typical Trump speech.  But it’s not all doom and gloom in Trumpworld, the president also has very good news.  He announced a 10% tax cut for the middle class that could be enacted just before or just after the elections.  It’s unclear how that would work with Congress on recess and so far unable to even make the temporary tax cuts for the middle class in Trump’s 2017 tax bill permanent, but clearly only the most dishonest media would point that out.

Trump’s whirlwind of campaign events is motivated by fear.  If the Democrats win a majority in the House they can subpoena Trump’s tax returns, and although the president will probably tell the IRS to ignore the subpoena and force Democrats to file a lawsuit, as has always been his habit in business conflicts, this is a case he cannot win, not even with Brett Kavanaugh on the Supreme Court.  The tax returns will show the correlation between Trump’s financial interests and his political positions, and their release would be the most devastating thing that could happen to him short of impeachment.  The objective of the rallies is to fire up the base and distract voters from the issues they care the most about, like health care, about which not only Trump but every GOP candidate is lying.  Expressing as much resentment and creating as much hatred as possible is essential for Trump’s approach to succeed, en that’s why the explosive devices that were mailed to Democratic politicians, CNN, Brennan, Clapper, De Niro, Soros and Steyer came at such an inconvenient time for him.  The president’s supporters remain silent, but moderates call for civility and toning down the rhetoric.

And that is what Trump is not only unwilling, but also unable to do.  At his first rally after the bomb scare became known he spoke of ‘despicable acts’ and urged Americans to come together, but subsequently he blamed the climate in which domestic terrorism can flourish on Democrats and the media.  That time he did not mention names, but soon he started joking about his ‘nice’ presentation, making clear that he was following advice from staffers he did not agree with.  Any hope that the president will show restraint in future appearances will start fleeting as soon as he opens his mouth.

Just as two-faced as Trump is about his campaign rhetoric he is about the murder of Jamal Khashoggi.  He speaks of a gruesome act and the worst cover-up ever, but simultaneously he indicates that there will be no serious repercussions for the Saudi regime, because they will spend $110 billion on US weaponry, which by the way is also a lie.  Jared Kushner was more honest, when he said in an interview that the US would first get all the facts and then ‘decide what we want to believe.’

On one occasion Trump spoke the truth, when he called himself a nationalist in a campaign speech, although he forgot to add ‘white.’  The president is probably not aware of the difference between patriotism and nationalism, namely that a patriot is proud of his country for what it does, and a nationalist is proud of his country no matter what it does.  In a juxtaposition of responsibility and arrogance Trump chooses the latter.