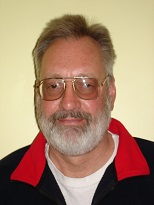 About ten years ago, in my last job, I hired an associate director who turned out to be a staunch conservative.  He didn’t stay very long in my office, not because of his politics but because his bookkeeping skills cost me about 5% of my annual budget, approximately $100,000.  Well before I fired him he confided in me that of all American presidents he had hated Jimmy Carter the most.  It was not the first time I heard a conservative US citizen express contempt for Carter, but this time I asked for the cause of those feelings.  His answer was brief: “Jimmy Carter made you ashamed to be an American,” he said, “by constantly apologizing for alleged crimes the US had committed around the world.” Only Ronald Reagan’s moral indifference to such issues had cured him from his temporary inferiority complex.  I had always felt that Carter was a better than average president who had been screwed out of a second term, so I didn’t understand him then, but I do now.  I’ve been a US citizen for the better part of fourteen years, and last Thursday Donald Trump made me ashamed.

There are a lot of dimensions to the way Trump pulled the US out of the Paris Accord on climate control.  First there were the usual falsehoods about the agreement itself.  You cannot accuse Trump of lying, because he doesn’t know better than what he says, partly because he is too lazy to read an agreement he is about to cancel, and partly because he is too dumb to understand it and has nobody who can explain it in the White House, so that vicious Trump-whisperers like Bannon and Miller have free reign.  Of all the CEOs who have commented on the decision, before and after it was made, only two, both representing the coal mining industry, were supportive, in spite of the fact that, unlike Trump, they know that lost mining jobs won’t come back.  And even Ivanka’s sweetest smile and Jared’s masculine silence could not convince the president that he was about to make the mistake of a lifetime.  For the whole world to see he joined Syria and Nicaragua as the only countries who have not signed the agreement, the latter because the accord’s goals are too modest.

Apart from making the US the laughingstock of the world and reaching a new, so far unimagined, low in his presidency, Trump’s decision also had some upsides for him.  It all but wiped out the memory of his recent buffoonish behavior in Europe and took some attention away from Jeff Sessions, who apparently for the third time failed to report a meeting with the Russian ambassador, as well as from Jared Kushner’s dance with an oligarch.

Sessions might have to resign as Attorney General, but Kushner is in even bigger trouble.  He claims that his meeting with Gorkov, president of the bank that is in reality Putin’s foreign slush fund, the VEB, was strictly business, but the VEB is under US sanction, and therefore not open for Kushner’s business unless the sanctions are lifted.

The latest news on this front is that immediately after Trump’s inauguration his staff started the process of rescinding the sanctions.  Syria’s dropping poison gas on women and children, with Russian support, put a halt to those attempts, and for now denied Kushner the money he so badly needs to pay his $1.3 billion debt.